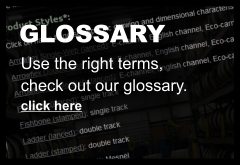 Arrowhead Industries Mexico received it ISO 9001:2008 certification on January 24, 2013. This accomplishment was a large hurdle cleared, as it achieves the superior quality ratings that the Cleveland, Ohio plant (ISO/TS 16949:2009 certified) has always received from its customers. Perhaps the most impressive aspect of this certification was the speed at which it was obtained. Countless thanks go to all of the employees who spent many long hours making sure the process went smoothly. During this process we were actually able to strengthen our management team by hiring Jaime Perez Vertin as our Quality Manger in Mexico. Jaime was initially contracted as an outside consultant to help obtain the ISO certification; however, he did such an outstanding job that we couldn’t let him go! Jaime’s years of experience and meticulous work ethic will not only be a value to us here at Arrowhead, but also to our customers, who we expect will be just as impressed as we are. We look forward to continued growth and many more success stories coming out of Arrowhead Industries Mexico in the near future.